Find this article at:
go.ncsu.edu/readext?475218
— Written By Shawn Banks

In the demonstration garden at the Curb Market there are several plant including tomatoes, okra, beans, peppers, cucumbers, squash and melons. The past few weeks one of the tomatoes in particular has been struggling to stay alive. As a horticulture agent, I was curious what was wrong with the plant. 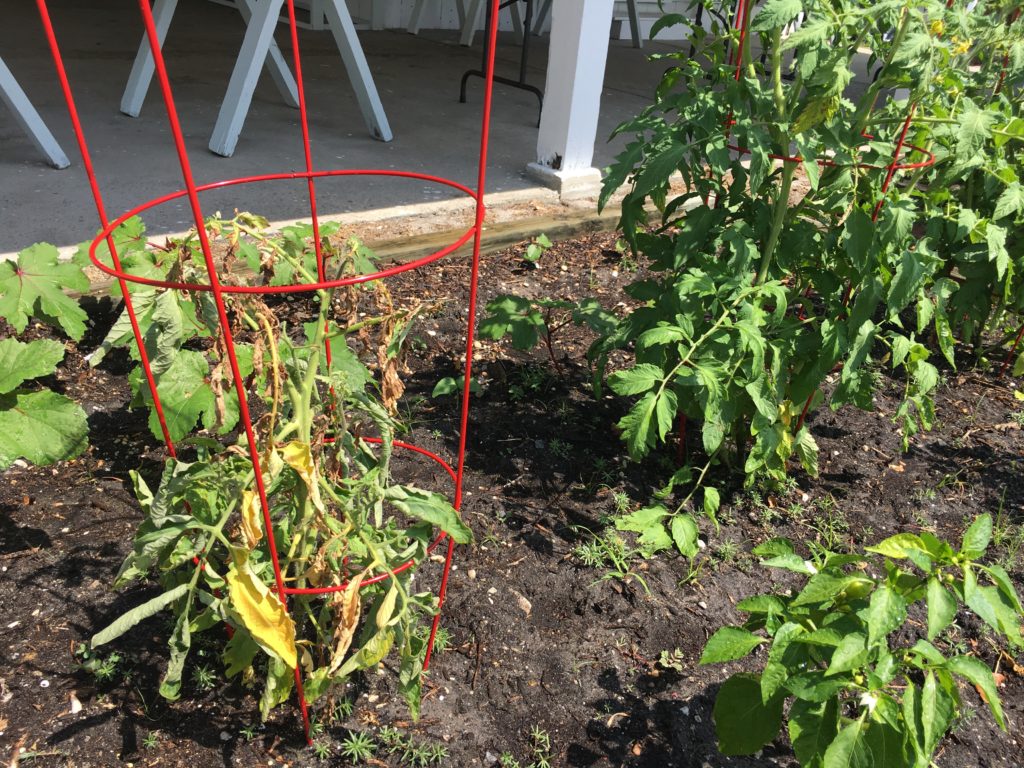 The tomato on the left is struggling. 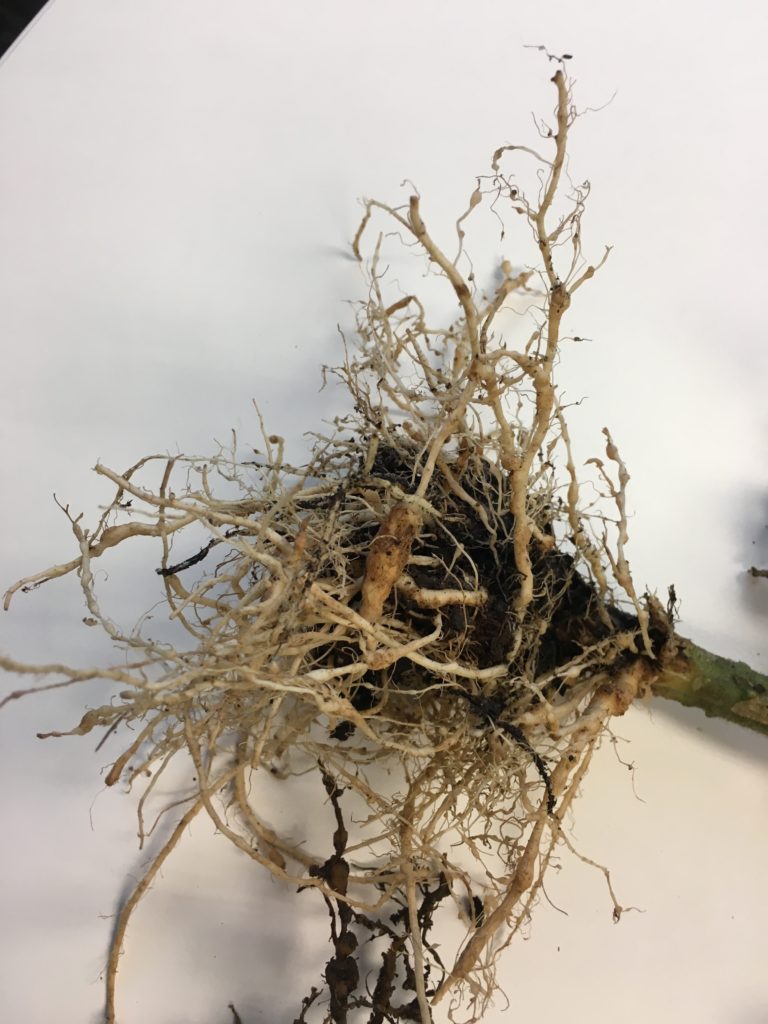 This was not a good sign. The bumps on the roots would indicate Root Knot Nematode was the culprit causing the plant to struggle at getting water to the upper leaves. Because I have the equipment, I cut one of the roots open to see if I could find the nematodes. Eureka! 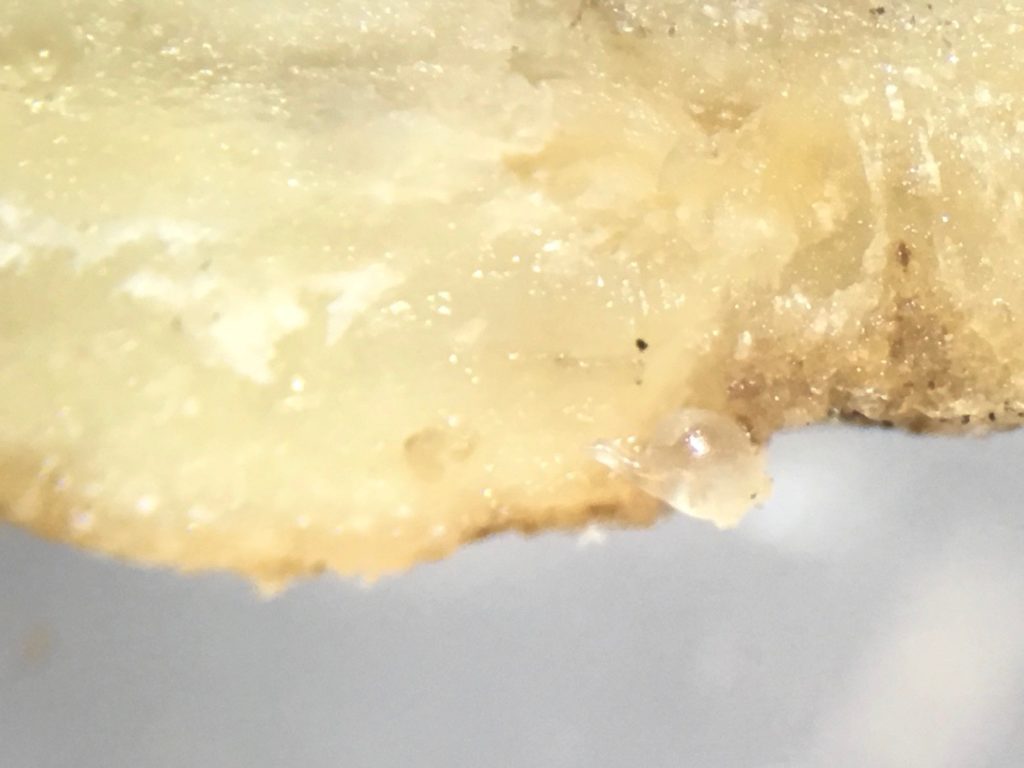 Root Knot Nematode in the lower right of the picture.

There it is in the lower right part of the root, barely hanging onto the root. That is a Root Knot Nematode female that was inside the root. For inquiring minds, there were also root knot nematodes on the okra, and beans. The peppers were not checked.

It looks like this winter there will be a cover crop of mustard to help suppress the nematode population. Winter rye could also work, but it produces a lot of biomass that may not be good for this highly visible garden. With the small size of the garden everything could be pulled and a piece of clear plastic used to cover the garden to solarize it (a strong possibility, now that I think about it). This fall a sample will be taken to see how high the nematode levers are. Next year vegetable varieties that are resistant to Root Knot Nematodes will be planted.

For more information on Root Knot Nematodes or if you suspect you may have a problem with them in your garden contact the Extension Master GardenerSM Volunteers in your county.