Our building remains closed however we are available to assist you. Please call us to make an appointment with an agent. Thank you!

Cottony Cushion Scale on the Move

Find this article at:
go.ncsu.edu/readext?600190
— Written By Shawn Banks 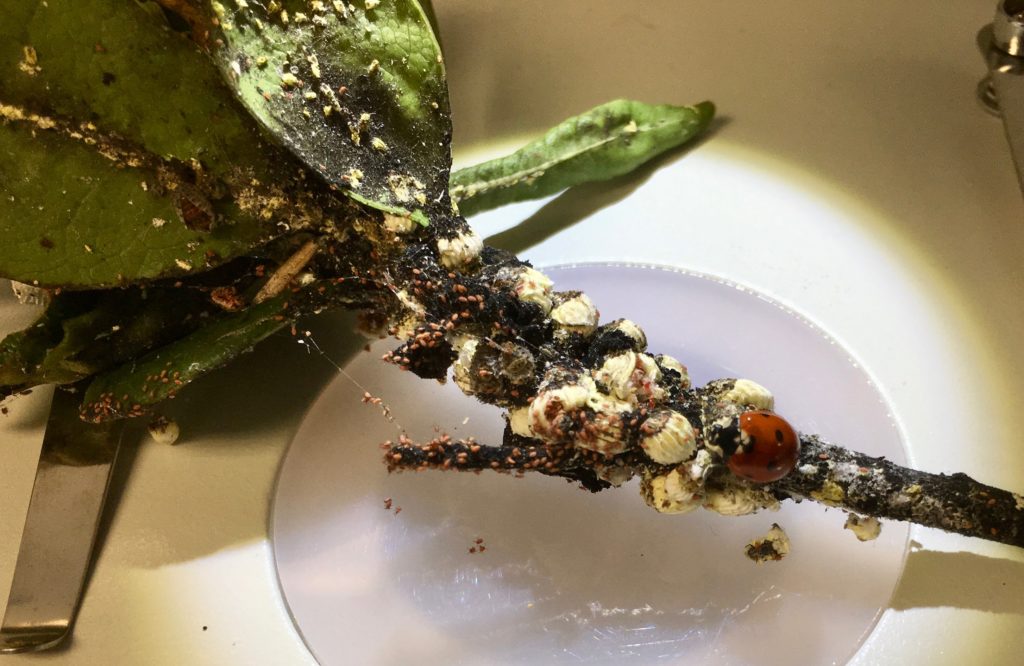 A sample of Pittosporum was brought into the office to have an obvious issue identified. I say obvious because there was definitely something that wasn’t right with the plant. What was causing the problem may not have been so obvious. In this case, the problem was an insect that looks like a white growth on the stem of the plant. The insect is Cottony Cushion Scale.

Scale insects of all types have piercing-sucking mouthparts. Once they find a comfortable place on the leaf or stem they settle in, use their mouthparts to pierce the epidermis and penetrate into a cell where they begin sucking the juices out of the plant. Scale insects feed slowly enough that they don’t kill the cell, which allows more plant juices to flow into the cell creating a continuous supply for the insect. In this case, the scale forms a soft, white shell over the insect and never again has to move from that spot as it continues to grow and develop. 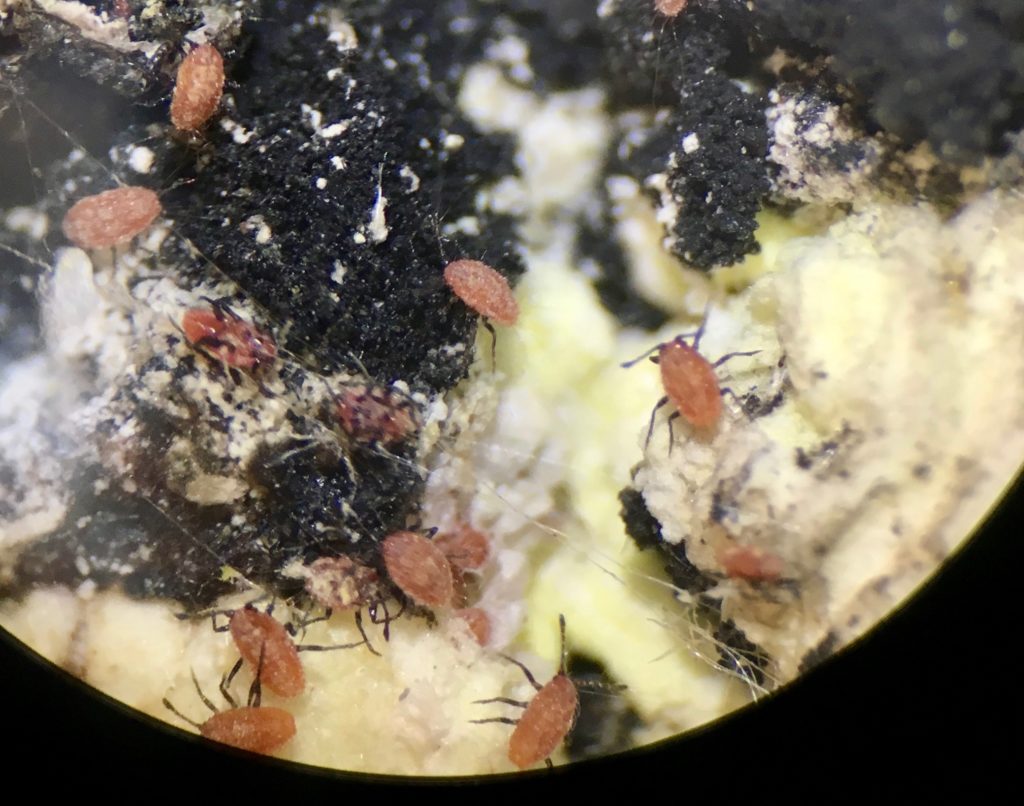 In this case, the sample not only had the adult Cottony Cushion Scale insects but when looked at under a 20X hand lens or microscope it appears that the eggs have recently hatched and there are tiny little crawlers moving about searching for a place to call home. This crawler stage is the stage of the insect’s life that is most vulnerable to insecticides and can be controlled using the least toxic of chemicals in horticultural oils and insecticidal soaps. Once the crawlers settle in and start producing the waxy coating it will take more than just a contact insecticide to get through the shell. Fortunately, this scale insect is in the soft scale group that is susceptible to being controlled with systemic insecticides as well. It’s best to avoid using the systemic insecticides until after the plants have finished blooming.

For more information about this insect, there is a website from the University of Florida with some really nice pictures.