Carteret County Center will be closed tomorrow, Fri 04/10/2020 for the holiday. Due to COVID-19 concerns our building on the community college campus has been locked. If you need assistance, please call 252-222-6352.

Find this article at:
go.ncsu.edu/readext?613704
— Written By Shawn Banks

Recently there was a webinar on invasive plants in North Carolina. One of the plants highlighted was Giant Hogweed. All parts of Giant Hogweed are very toxic. The sap of the plant will cause burns if it comes in contact with the skin. Here in Carteret County, that webinar prompted several phone calls and a few emails about plants that are blooming now (mid-July) with white umbel flower heads. 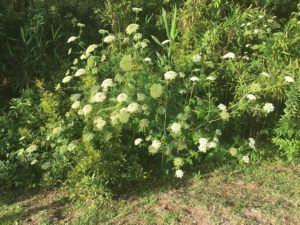 Water Hemlock, found here in Carteret County, reaches 4 to 7 feet in height, can be found growing on the ditch bank, has compound leaves and thick stems. All this is similar to Giant Hogweed except that Giant Hogweed reaches heights of 8 to 15 feet tall and the leaves are measured in feet not inches.

After going and taking a look at the plants in question and doing some research. The plants in both locations were identified to be water hemlock (Cicuta maculate). While this particular plant is poisonous if eaten, brushing up against it will not cause burns on the skin.

The U. S. Forest Service has a great webpage on water hemlock that gives some distinguishing characteristics without being too technical. Here are a few of those: 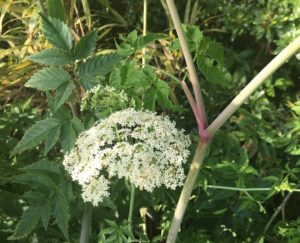 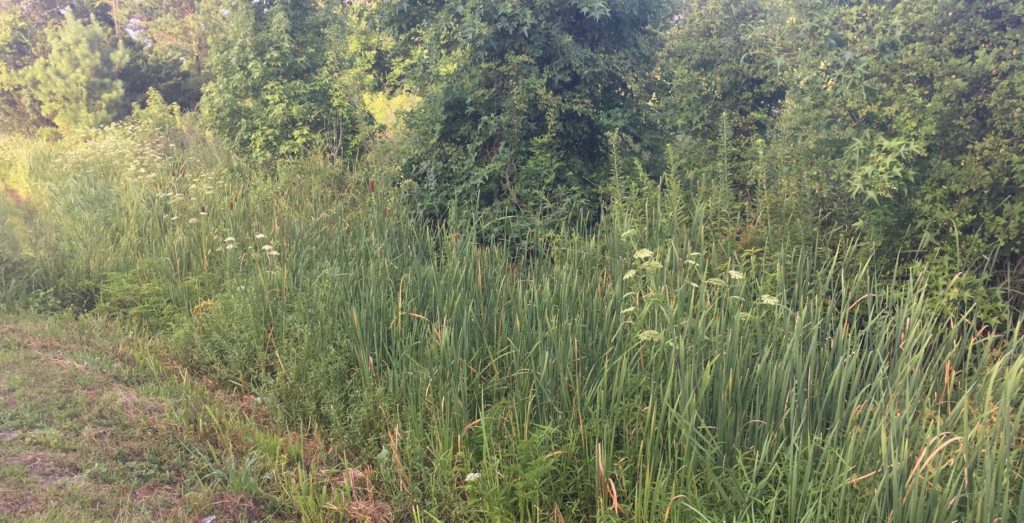